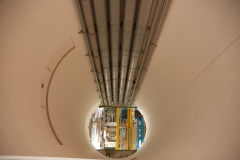 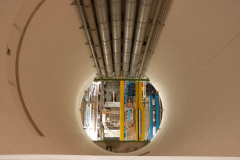 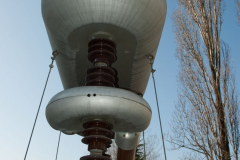 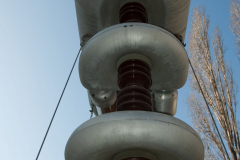 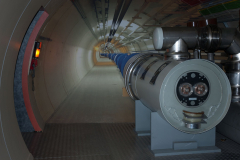 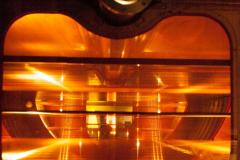 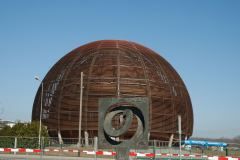 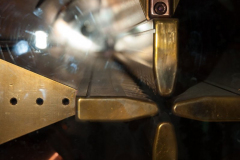 In March 2009 I was in the incredible position of being able to join a group of Sixth Form students and their teachers on a long week-end trip to Cern.

That place is astonishing. It is located on the Swiss : France border, in sight of Mont Blanc. One half of the site in France and the other in Switzerland, (though there are no border checks on the sight itself)

The visit occurred whilst the accelerator was still be ing repaired following the disasterous blow-out when it had been powered up 12 months earlier. Now at one point you may think that was a pity, but because the accelerator was not in use, we actually able to down and walk along parts of the tunnel which usually were out of bounds to visitors.

What can I say about the site? Well you might think that the majority of Nobel Prizes handed out to people working at Cern would be for papers on Theorectical Physics or other relates esoteric subjects. Well you would wrong. The vast majority of Nobel Prizes (at there are a lot) are award for Engineering. The engineering needed to build a 26 mile partical accelerator, to build detectors larger than a four storey house, to design computer systems capable of sifting and analysing the data from the detectors to prioritise what collisions need more detailed examination.

One little anecdote. On the Sunday afternoon our ‘tour’ guide was one of the research professors at the site, who, as I said, had permission to take us down to the tunnel. That morning she had been skiing on the slopes on Mont Blanc. How cool is that.